The Wife, the Maid, and the Mistress 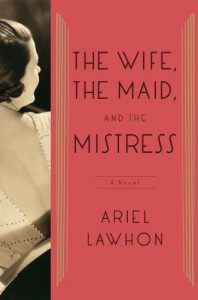 Each of the three women is remarkable in her own right, but it is Stella who shines the brightest. Her ice-blue eyes mirror her stoicism in the face of scandal. More importantly, her refusal to accept the blame for his disappearance is more than just a need to keep up appearances or to protect her husband’s image. It confirms a backbone of steel that helps her avoid bowing to pressure about the investigation and remain hidden when she is one of the most famous women at the time. It also gives her the strength to abandon her previous lifestyle of luxury and privilege in favor of one of anonymity and survival.

Maria is the weakest of the three characters. Her decision to ask a disreputable judge for help with her husband’s promotion is out of character for someone so pious and Catholic, and the rest of her actions follow suit. One never learns why she feels the need to go to such great lengths on her husband’s behalf, and this omission seems glaring in light of all of the other spectacularly detailed pieces of the puzzle. Her feelings for the Judge also lack the explanation necessary to understand her actions. Her entire character is a rather large enigma that is missing the same clarity and depth as the other two women.

Meanwhile, Ritzi is a force of reckoning. Her story is by far the most involved of the three. It’s Ritzi who tears at a reader’s heartstrings with her reasons for her involvement with Judge Crater and her struggles to extract herself from Owney’s web. She is also the one character with whom readers get an intimate peek at the very slim areas of black and white surrounded by large swaths of gray that make up most of life’s decisions. It is an intriguing glimpse into a life filled with greed, desire, wealth, poverty, and everything in-between.

The story itself is a fascinating back-and-forth as each woman’s story unveils pieces of the mystery. Readers’ hypotheses change constantly at each new reveal, adding to the intrigue and tense atmosphere. Similarly, sympathies shift as readers learn the characters’ backstories, their desires, their bad decisions, and their mettle in the face of tough decisions. Readers become active observers, much in the same manner as detectives piecing together bits of evidence to form a picture of the proceedings.

Ms. Lawhon uses diligent research, an active imagination, and exquisite details to capture the essence of the Prohibition era perfectly. The slang is spot-on, the mood is tense, and everyone involved in the story carries with them the taint of corruption thanks to their proximity to Owney Madden and the Tammany Hall leaders. The ease with which the cast moves between the seedy theater district and the upper milieu is impressive but also disturbingly fitting for the story. The entire atmosphere of The Wife, the Maid, and the Mistress is wonderfully noir-ish and begs to be read in a smoky and darkened room with some jazz in the background and a glass of gin near at hand.
Tweet