Of Monsters and Madness 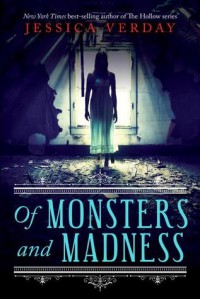 Poe’s poem “Annabel Lee” is an amazing example of love beyond the bounds of time. However, to call Of Monsters and Madness a retelling of this famous poem is a curious action because readers will find it challenging to discover the similarities. Annabel in the story is no longer a child, she does not necessarily live by the sea, she is still very much alive at the end of the novel, and the intense love affair never really materializes. Instead, this Annabel is a young lady meeting her father for the first time upon the death of her mother. She must adjust to a life of privilege in 1820s Philadelphia after spending years living in Siam. Most of the novel details the adjustments she must make to her behavior in order to assimilate. In fact, the only apparent connection between the Annabel of the story and the Annabel of the poem is the name.

Annabel follows an all-too-familiar character pattern of a girl too modern for the time in which she lives. She has an intense interest in medicine, something her father forbids her to practice. She prefers pants to dresses, and she does not understand the need for a constant chaperone. Unfortunately, she is also weak, automatically believing the adults in her life are correct and that there is something wrong with her for her nonconformance in dress, behavior, and attitude. The combination is rather distressing, as one would hope a girl of such modern interests would have the backbone to match.

The rest of the story is equally bland and predictable. The connection between Allan and Edgar is obvious even without the blatant clues in place to guide readers. The secrets of Annabel’s father are not quite as horrifying or surprising as the story intends them to be. Making things worse, the murder mystery is equally evident, leaving nothing for the reader to anticipate or to solve.

This unimpressive story is messy. Its use of influential story lines never allows the story to coalesce as it should. There is the obvious Jekyll and Hyde connection as well as Poe’s “Annabel Lee”. Then, there are too many striking similarities to Megan Shepherd’s The Madman’s Daughter series for comfort. The story never properly settles into a good pace, and the characters remain flat and wholly undeveloped. The fact that Of Monsters and Madness is the beginning of yet another series is a genuine disappointment, for there is nothing within the story that will pique a reader’s interest for further adventures. Sometimes, creative retellings are just not meant to be, of which Of Monsters and Madness is a perfect example.
Tweet